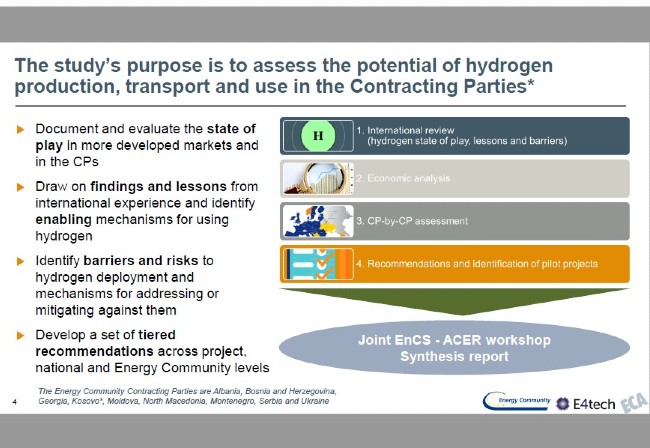 On 25 February 2021, ECA’s Nick Haralambopoulos and David Williams presented at the first of three webinars jointly organised by the European Union’s Agency for the Cooperation of Energy Regulators (ACER) and the Energy Community Secretariat (ECS) on the future of hydrogen. They presented the preliminary findings of a joint ECA-E4tech study being undertaken for the ECS and the Energy Community Contracting Parties (CPs) to assess the potential of hydrogen production, transport and use in the latter. The study is expected to be concluded in March and will contain recommendations on possible actions and demonstration projects that can be adopted by the CPs to further the potential production and application of hydrogen.