In 2015, all United Nations Member States adopted the 2030 Agenda for Sustainable Development. Among the 17 goals, SDG 7 targets access to affordable and sustainable energy for all while SDG 13 calls for tackling climate change.

In Sub-Saharan Africa, the share of people lacking access to electricity fell by 20 percentage points between 2000 and 2009. More than 19,000 mini-grids are currently installed around the world, of which more than 1,400 are in Africa and more than 15,000 in South and East Asia and the Pacific, providing electricity to about 47 million people, mainly in poorer, rural areas[1]. The International Energy Agency’s (IEA) latest geospatial analysis asserts that mini-grids and off-grid solar systems are the least-cost solutions for half of all the new connections required to meet SDG 7, or approximately 450 million people by 2030[2].

Many mini-grids rely on diesel generation

While the development of modern mini-grids has gone hand in hand with harvesting renewable energy, mini-grids often include a diesel generator. Recent research[3] conducted by ECA on behalf of the International Finance Corporation shows that while most mini-grids have a solar fraction of higher than 75%, many still use diesel generators (Figure 1). 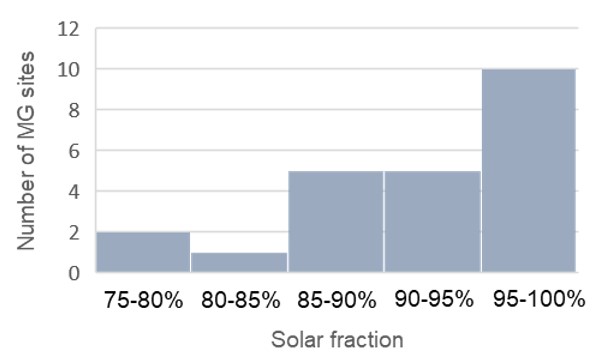 A diesel genset’s functions in providing energy depend on the mini-grid’s solar fraction. In mini-grids with a PV fraction below 50%, diesel is typically used as a primary source of electricity, with the solar PV offsetting some of the fuel consumption. In mini-grids with a PV fraction higher than 50%, the genset is typically used as back-up, to provide reliable power when solar energy is insufficient to meet demand. This is particularly important in countries with a pronounced rainy season.

To comply with the climate action agenda, the international donor community is reluctant to support mini-grid investments that are not 100% renewable. While a complete removal of diesel from mini-grids would be desirable for SDG 13, it may have adverse consequences for the ambitions of SDG 7.

Removing a mini-grid’s diesel genset and relying only on solar PV to meet end-users’ demand at all times would require oversizing of the PV components (PV generator and battery storage). This will considerably increase capital expenditures and the levelised cost of electricity (LCOE) produced by the mini-grid (Figure 2). For a medium sized mini-grid of around 40 kW with approximately 250 connections, an increase in solar fraction from the optimal level[4] (93%) leads to an increase in generation capex from $88,000 to $112,400 and an increase in LCOE, from $0.21 /kWh to $0.23 /kWh.

ECA’s analysis has shown for every tonne of CO2 that is avoided, the total cost of a medium sized mini-grid increases by $2,024 in present value terms. Such costs either result in higher tariffs for consumers, making electricity from mini-grids less affordable, or requires additional funding in the form of subsidies from donors. 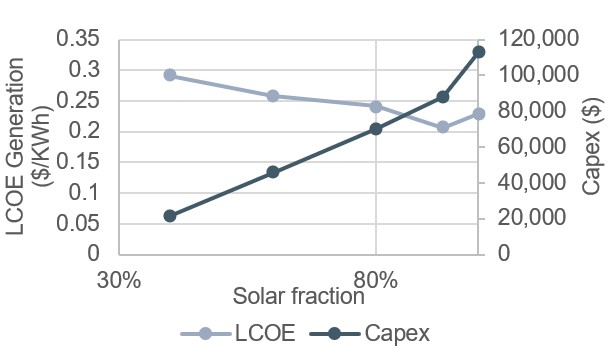 Mini-grids are not major polluters

Figure 3 Comparison of emission per capita from electricity generation 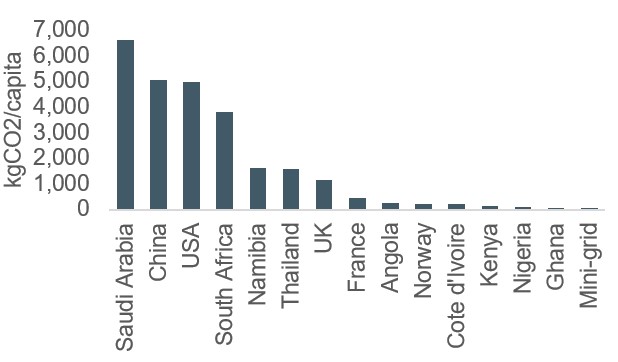 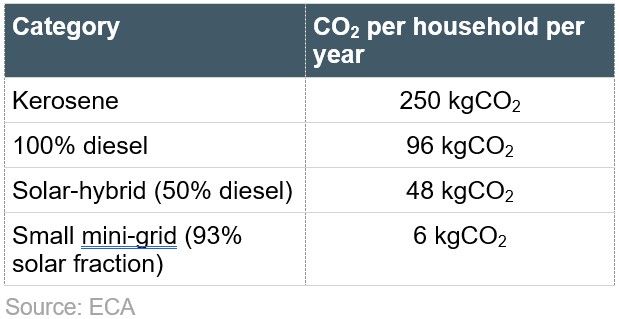 Mini-grids provide electricity to over 47 million people worldwide and account for less than 0.02% of global CO2 emissions. Including a diesel genset does not negate the mini-grids’ overall contribution to SDG 13. Choosing the least cost design frees up capex resources for SDGs 7 and 13 to be pursued at other sites. As the cost of batteries falls, the optimal solar fraction will rise, therefore concerns about gensets will diminish over time.

[1]World Bank 2019. Mini Grids for Half a Billion People: Market Outlook and Handbook for Decision Makers

[3] Based on an analysis of 23 mini-grids whose solar fraction is known.

[4] The solar fraction level that results in the lowest-cost design. 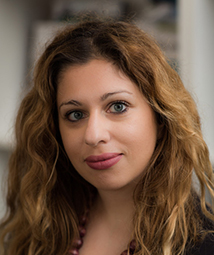 Elena is an economist with wide experience in off-grid electrification and energy access. Areas of expertise include advice on policy and regulatory aspects of the off-grid solar and mini-grids sectors, focusing on innovative business models, private sector participation, financing support mechanisms, market assessments and feasibility studies.

To contact Elena directly please email or connect with him on Linkedin below.