Might power markets come back into fashion in Africa?

Two decades ago international financing institutions began encouraging competitive electricity markets in Sub-Saharan Africa (SSA). Over that period, while North and South America, India, Europe, Australasia and parts of South East Asia have embraced competitive power markets, today we would challenge you to identify a single SSA country with an operating competitive market (defined here as requiring at least some buyers being able to choose their supplier). But this may be about to change in one of Southern Africa’s smaller countries – Namibia.

Power market reforms in Africa over the past two decades

1990s, led by Chile and followed by the United Kingdom and Europe, New Zealand, Australia and the US, countries in Africa as small as Lesotho, with a maximum demand at the time of less than 100 MW, introduced enabling legislation in 2002 and 2006 that allowed bilateral contracting between consumers and producers. Rwanda, with an even smaller maximum demand in 2011, introduced enabling legislation in that year that required third-party access to transmission and distribution networks and allowed bilateral contracting. In practice the markets in these countries and elsewhere in SSA never opened to competition.

In Nigeria, the UK government spent millions of pounds supporting the design of a competitive electricity market. A transitional arrangement with a single-buyer model went live in January 2015 but remains in operation today and even that has major challenges according to the World Bank.

The country in SSA with the largest power system, South Africa, introduced legislation in 2006 and 2008 that paved the way for a competitive market. The Independent System and Market Operator Bill was released for public consultation in May 2011. However, the Bill was never passed in Parliament and was still under discussion as late as 2014 [1]. Interest has resurfaced in the past year because of Eskom’s [2] financial woes. Some municipalities (which operate electricity distribution systems) are seeking to force the implementation of the decade-old legislation.

The one market story in SSA that has been a relative success is the Southern African Power Pool (SAPP) competitive trading platform. This was introduced in 2001 and gradually, step-by-step, evolved into an increasingly sophisticated set of power trading options used by the member countries. SAPP currently operates a day-ahead market, intra-day market and forward physical week-ahead and month-ahead markets, with plans to introduce balancing markets and ancillary service markets. 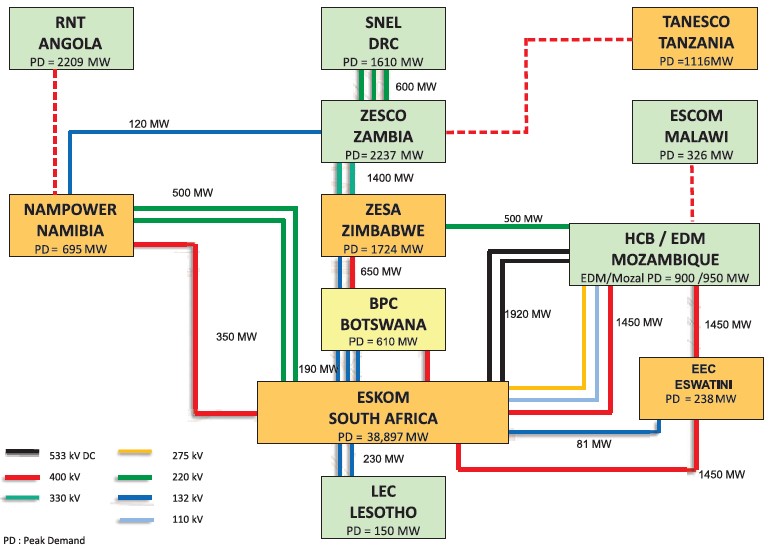 The former is preferred in Australasia and North America while the latter is generally, though not universally, preferred in Europe. The details of these market arrangements differ, but both require a complex set of trading platforms, market governance arrangements, regulatory intervention to avoid the abuse of dominant positions, and unbundling of existing entities and/or strict accounting separation. Most of the markets in operation today have evolved over time to become ever more complex reflecting design corrections, changes in policy (e.g., encouragement of renewable energy) and political interference.

To those working in electricity utilities and energy ministries in Africa, these markets are bewildering, and mapping a path from the known vertically-integrated or single-buyer arrangements to unbundled and unplanned markets evidently appears daunting. This must be one among many reasons why competitive power markets have not taken root in SSA.

Namibia is taking a determined step

Namibia in Southern Africa, with a peak demand of less than 700 MW, has traditionally been one of the more outward-looking SAPP countries, willing to import electricity from neighbouring countries with lower-cost energy resource endowments.

The country has recently taken the first steps toward a competitive power market with the introduction of a “Modified Single Buyer” model that allows bilateral trade between generators and some (‘eligible’) consumers. As with most proposed markets worldwide, the market in Namibia is to be opened in steps, beginning with up to 30% of the energy of transmission-connected customers and distribution connected customers with loads exceeding 1 MVA. These are the eligible customers forming the contestable market.

Interestingly, a very pragmatic approach has been proposed which will piggy-back, at least initially, on the regional SAPP market to provide balancing. 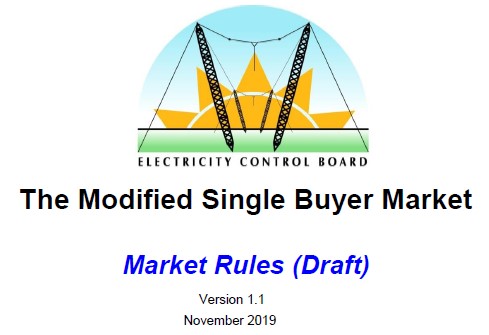 Since SAPP is long established and Namibia has been one of the more active participants in SAPP, there are a number of professionals in the Namibian electricity industry familiar with the SAPP market platforms and this will make the transition to a competitive market smoother.

Initially the eligible consumers in Namibia will not be able to contract with generators outside of Namibia to import electricity on a bilateral basis, but the market design envisages that cross-border bilateral trade may be possible from 2026.

The history of power reform in developing countries has been explored extensively by the World Bank in Rethinking Power Sector Reform in the Developing World. This identified a number of reasons why competitive power markets failed to be accepted and its main conclusion is that there is no one-size-fits-all.

The experience of a small country operating within a larger regional power pool may yet provide the inspiration for others to follow suit.