Disruption and blackouts: be prepared

Unexpected and disruptive market events are regularly being linked with fundamental market shifts such as high levels of intermittent generation. These links are often not justified on the evidence available but can still lead to significant policy shifts. Emerging sector changes are regularly at risk of being pulled off course by reactive policymaking.

Regulators and system operators can support evidence-based approaches to addressing disruption by getting some building blocks firmly established now. 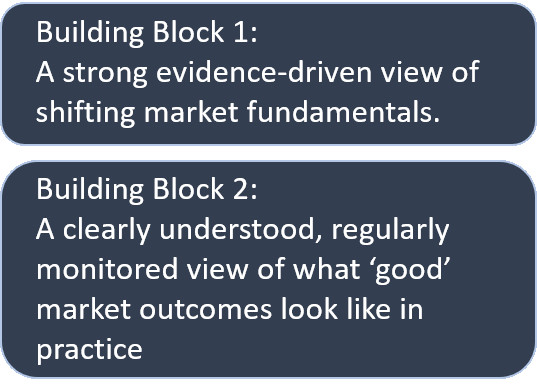 These can act as lighthouses to guide the industry and the wider public through disruptive events, now and in the future.

Reactive policymaking will often be inefficient or inappropriate – the policies are often more about harnessing public emotion and easily digestible messages than the facts and issues.

For the average consumer the cost of these politically driven investments and policies may well significantly exceed the benefits.

Investigations are still underway, but politicians on all sides have already suggested changing the system operator ownership structure. Other commentators have blamed high levels of wind penetration as the key cause; a view unsupported by the evidence to date.

So what can regulators, system operators and service providers do to promote better policymaking in the politically charged period which often follows a large unexpected event?

When an event occurs, we need to have the resources ready to:

Both identifying the key cause, and the big picture view will require updated and validated models and datasets to act as a reference-point.

But these models are only useful if they have buy-in and support from the wider industry and stakeholders. Quantitative analysis including model validations, back-casts, policy analysis and trend reviews are core to providing a strong industry-based backbone.

However, it is when this is combined with stakeholder consultation, engagement and accessible tools that the analysis moves off the page and into our worldview. Stakeholders and commentators will only act based on market insights which emerge from a framework they trust.

Industry standards for ‘good’ market outcomes need whole-of-industry buy-in, right down to being known, understood and accepted at the consumer level. Viewing significant one-off events in isolation leads to makeshift solutions. It is only when the one-off event is understood as part of the bigger picture that we can discover what a proportionate response is.

In some cases, the most correct response to criticisms may be “Yes, the lights went off; but that was the right outcome”.

The industry puts hard work into developing reliability standards which underpin investment decision-making. These standards are set based on an appropriate cost-benefit analysis exploring the trade-offs between reliability, cost and renewable integration. We run the electricity system with an awareness that sometimes we need the lights to go out to protect the wider system and deliver electricity services at a reasonable cost.

But these trade-offs also need to be brought to life through public understanding and acceptance. If consumers can understand and agree to trade-offs between service standards and costs then we are a significant step closer to a sustainable and stable energy future.

Once both these building blocks are in place, for major one-off-events we need to evaluate the impact of the event within the context of these established frameworks. 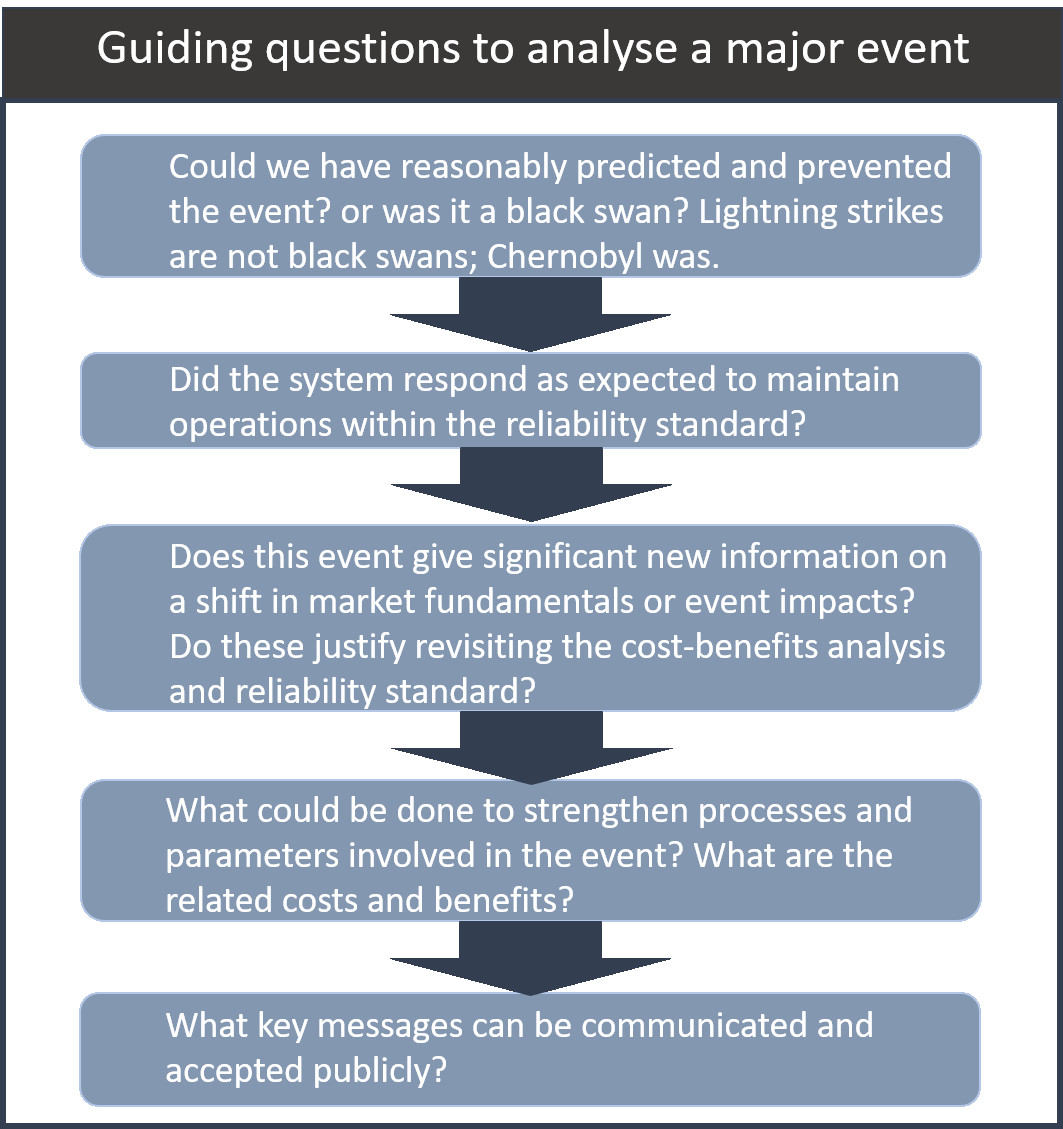 Disruption will happen – are we prepared?

As disruptive market trends continue to grow so does the complexity of the market, and the number of people interacting with it. This increases the risk that unexpected events will be followed by inappropriate reactive policymaking. To ensure that we are prepared we need to maintain a strong view of market fundamentals by:

But we also need to ensure that we maintain and promote a clear view of what a ‘good’ market looks like. This means:

In the short term, we can target our views to industry experts who have an existing understanding of the systems. But a future-proof approach will need to also focus on providing better information sources directly to consumers to promote engagement with smart-meters, distributed generation and demand response technologies.