Negative wholesale electricity prices are an increasingly common occurrence in European markets. Although a logical consequence of competitive market forces at play, negative prices are in breach of ENTSO-E guidelines [1] and imply suboptimal load management. Ultimately, this leads to higher cost to consumers and system operators in the affected markets. This insight explores measures that TSOs can take to pre-empt negative prices. We argue that ancillary service contracts incentivising wind curtailment and Contract for Difference (CfD) could be part of the solution.

Negative prices – why and how?

Negative prices are observed on day ahead markets (DAM) where forecasted wind production is high, interconnection availability is low and must-run generation [2] exceeds demand. These conditions result in excess generation, which needs to be spilled out of the system to maintain system balance. In theory therefore, negative prices should be capped at the avoided cost of generation curtailment.

For negative prices to occur sellers need to bid below zero in the DAM. Wind farms have an incentive to do this and displace other generation because they are immune to negative prices (and their associate costs). Their guarantee payment is contingent on their delivery of metered energy regardless of the impact on markets. 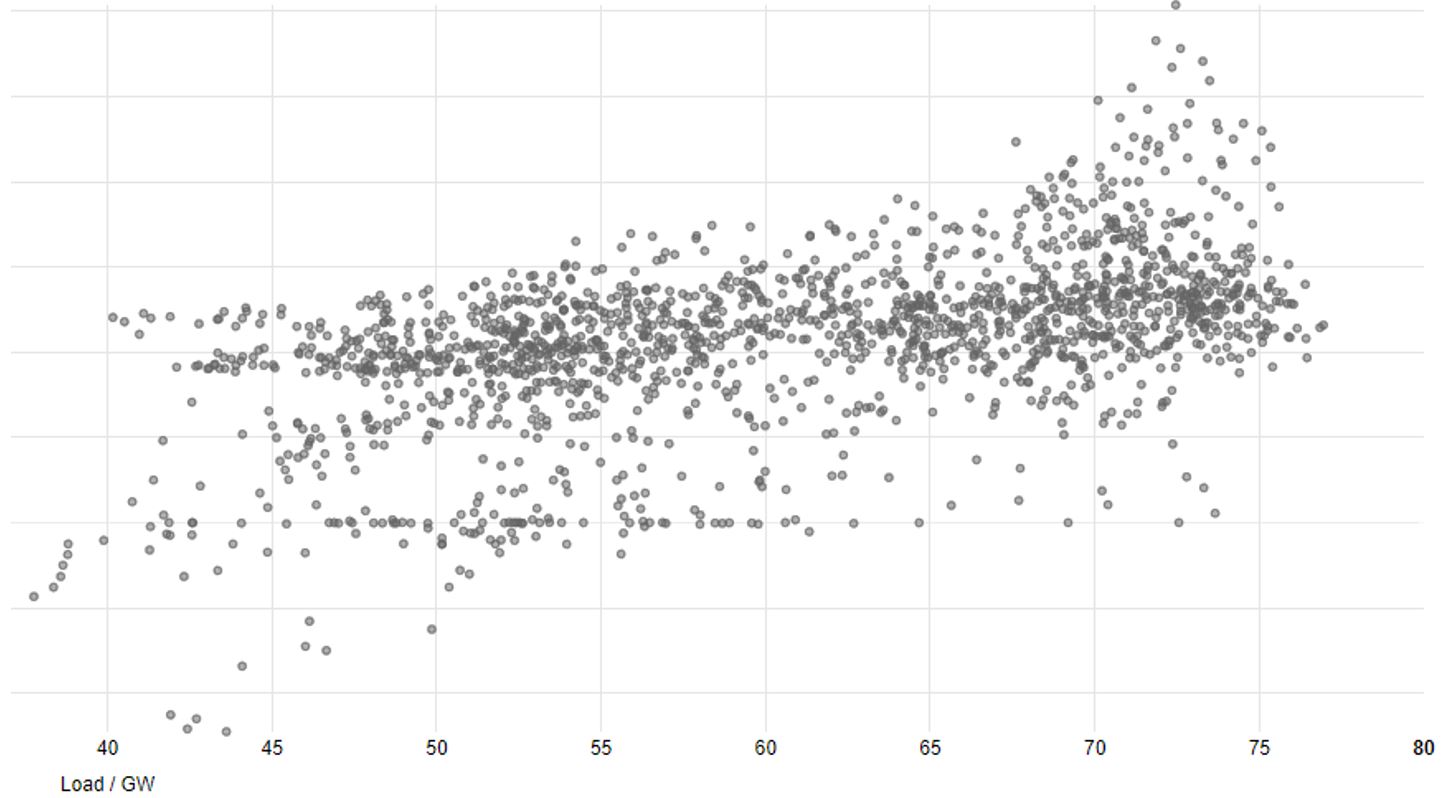 There may also be a demand side pull factor: suppliers may intentionally buy too much electricity. This is a risky strategy however because if the DAM price is negative the imbalance spill price is likely to be even more negative.

Negative prices result in indirect costs for the system

For systems to remain balanced, Balanced Responsible Parties (BRP) will contract volumes on the wholesale market to cover their demand or generating position. Deviations from contracted positions are inevitable due to demand and/or renewable generation forecast errors as well as other unpredictable events such as power plant generation trips or power line outages. Transmission System Operators (TSOs) handle the resulting imbalance by making use of reserve contracts and balancing contracts. When the system is over-contracted, TSOs will make use of contracted downward reserves and reduce thermal production or make use of pumped storage and flexible hydro units.

Extreme and unexpected cases of wind and solar generation will cause two types of indirect costs: (i) constraint cost and (ii) balancing costs.

Constraint costs are incurred when the transmission grid is under pressure and generated power cannot be transferred from generation surplus areas to generation deficit areas. In Germany for example, situations arise where the generation capacity exceeds the ability of the northern parts of the systems to absorb it and transmission to southern parts – with higher short run marginal cost than in the north- are unavailable.

Indirect balancing cost are incurred when variable renewable energy over-contracts in the DAM making thermal plants uncompetitive. These costs are mainly associated with inadequate physical flexibility offered into the DAM.

Existing options to cope with negative prices are not working properly

In addition to wholesale markets, other ‘commercial’ options exist for countries to be balanced internally and cope with their generation surplus. However, these options have their limitations. Storing excess wind generated electricity in batteries is not economic yet at grid-scale level. When prices are negative, flexibility of hydro and pumped storage units is usually insufficient.

Cross-border interconnections are also not providing an adequate solution. In Germany, the problem results from misdefined bidding zones that fail to capture the transmission constraints between the North and South. This then results in looped flows via Poland and the Czech Republic. At times, the amount of power being traded between the North of Germany and the South of Germany (as well as Austria) is twice what the connections between the two grids can handle, meaning half overflows into the Polish and Czech grids. Having two separate zones within Germany with two separate day-ahead prices and priced interconnection capacity allocation would not only ease congestion at the connections between the German and Austria grids, but also take the strain of the severely restricted capacity of Germany’s north-south grid connections. But this would also mean higher power prices in southern Germany and Austria.

With existing measures – i.e. balancing market and reserve contracts (storage, DSM and flexible units) and interconnections – not sufficient to deal with excess supply situations other solutions need to be developed. One approach could be to curtail wind production. Wind curtailment becomes the “logical” outcome when every other option has been utilised and the market does not respond efficiently to negative prices.

In the UK, CfDs have been introduced to protect low-carbon renewables (such as wind farms) from wholesale markets price volatility. Owners of a CfD only have to make sure they are dispatched via the day ahead auction to win their CfD price. As the support payment will be based directly on the difference between the strike price and market reference price (which is DAM price for intermittent generation plants), generators will have an incentive to sell their power into the DAM so as to earn the reference price and guarantee recovery of the strike price.

This CfD scheme raises the question of the costs borne by wind farm operators from negative prices, whether they cause it or not. If wind farms are out of balance, they face the cost of imbalance regardless of payments under the CfD scheme. The CfD compensates based on the DAM, not the balancing market. If the wind farm is contractually balanced but the system is over-contracted because there is too much wind, the DAM price could go negative and, in that instance, the wind farm would be immune to negative prices due to the CfD.

We argue that TSOs should incentivise wind curtailment and partly compensate for the lost revenues to wind farm operators. It is the TSO’s duty to ensure the balancing of markets and develop the networks sufficiently to relieve bottlenecks and thereby fulfil their obligation when offering firm access. Wind farm operators should not bear the costs of negative prices as long as they are contractually balanced.

One option to address reduced revenues from wind curtailment is the introduction of deemed energy payments within the CfD scheme, as has often been included in renewable energy Power Purchase Agreements (PPA) in emerging markets. Deemed energy is the estimate of the extra energy that would have been generated had the output from the wind farm not been curtailed by the TSO and is measured by output levels in adjacent (non-curtailed) time periods or based on measurement of wind speeds at the time.

CfD payments would not only cover the losses of revenues from low DAM prices but would also remunerate them at the level of the strike price defined in the CfD when their production is curtailed. This would work as a contract between the TSOs and the wind farm operators in one of the following ways:

The rationale behind this arrangement is twofold. Firstly, as TSOs are accountable for not managing wind generation optimally, i.e. with defining one bidding zone in Germany or due to transmission development not at the pace of grid access granted to wind farms), this CfD arrangement would organise a payment from TSOs at the level of the strike price. Secondly, it would enable TSOs with the incentive to invest in grid development and design better suited bidding zones to avoid externalities linked to a zonal definition of markets.

Negative prices are the result of inability to evacuate the energy to a positive price zone. Incentivising TSO investment in grid development or interconnection is one solution. Zonal definition will, by itself, only highlight where the negative prices are and force the parties to acknowledge looped flows but will not, in itself, prevent negative prices although it will more correctly allocate costs on looped flow. Our proposed solution is for TSOs to include deemed energy payments in CfDs with wind farm operators that would compensate for any wind curtailment.