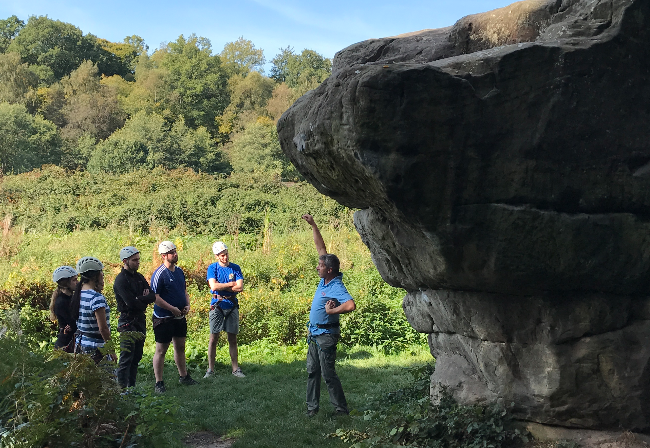 As part of what now has become an annual tradition, ECA staff spent a weekend away, this year trying their hand at rock climbing at Harrison’s Rock in Kent. The weekend followed ECA’s 20th birthday party, starting with a country walk on Saturday evening and a rock climbing course, by Nuts 4 Climbing, the following morning. Our ECA-ers learned to scale rock walls and build team trust and the weekend was completed with a BBQ where some staff proved that they are not only economists, or rock climbers, but also good cooks!