Corporate Power Purchase Agreements (PPAs) have mainly been used for renewables in competitive markets in the EU and the US, but they can be used to introduce a limited form of competition in countries that do not have formal electricity markets. Here we explore how this might work.

What are Corporate PPAs?

In its most typical form, a Corporate PPA is a long-term agreement between a renewable energy producer and a buyer. These contracts originally emerged in mid-2000s as a way to secure renewable electricity for companies such as Google who sought to demonstrate their corporate social responsibility credentials. Such PPAs can be structured as:

Why are they attractive?

As well as offering the possibility to claim green credentials, Corporate PPAs may also be attractive when a state-owned utility is struggling. PPAs can be beneficial for large industrial users operating in countries with frequent load shedding and willing to pay higher prices for secure electricity supply. Entering into a long-term Corporate PPA contract provides greater reliability of power supply and price predictability.

An additional advantage of power purchase agreements is that they reduce the involvement of governments. Over the years governments have become increasingly unwilling to provide guarantees for PPAs between state-owned utilities and new private generation projects, making new investments riskier for project developers.

Who are they for?

The ultimate buyers of electricity and signatory to such Corporate PPAs, whether green or otherwise, are either/or:

How can this work?

Corporate PPAs can be a surrogate for competition in markets where third party access to the electricity market is limited. In the absence of an adequate framework, the long-term power purchase agreement may be structured as follows:

On top of the generation payment, the utility adds network use-of-system charges and balancing charges in its price to the consumer.

An example of such an arrangement is provided by Zimbabwe which has faced power shortages for several years with regular load shedding. The introduction of competition in the power market was considered but the market remains dominated by the Zimbabwe Electricity Supply Authority (ZESA) family of companies including the single buyer (ZETDC).

Corporate PPAs were developed in an ad-hoc manner in order to secure reliable electricity supply to large consumers who would otherwise have been forced to use expensive diesel generation. An IPP entered into an agreement with ZETDC whereby it would sell to ZETDC and simultaneously, a large customer entered into a contract with ZETDC to purchase all of that power. The arrangement was feasible only for large customers with dedicated grid connections which enabled continuous supply during load shedding hours.

Figure 1:  A mini hydro power plant operated by an IPP in Zimbabwe 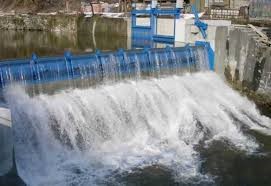 Another potential drawback is that a mine can be closed prematurely in the face of economic cycles or market trends affecting mineral or resource prices and making continued production unprofitable.

Is the Zimbabwe experience exportable?

Zimbabwe’s economic problems are unusual and its experience is unlikely to be repeated in other Southern African countries. Nevertheless, several countries in the region have experienced serious and regular load shedding in recent years including Malawi and Zambia and even South Africa. Although some of the countries in the region have introduced legislation that allows bilateral contracting and third-party access [1] in theory, in practice only Namibia has implemented bilateral contracting and, even then, only to a limited extent [2]. The opportunity does therefore exist in some countries and it is a very simple arrangement to implement that does not require complex regulations and sophisticated power trading software. The push for this is likely to come from large consumers anxious to avoid load shedding and/or to avoid the high cost of back-up diesel generation.

[1] Lesotho, South Africa and Zambia to name some.

[2] For power projects with a capacity of 2 MW or less.